Haymarket is Scandic’s new concept hotel and opens in May 2016 in the premises of the old PUB department store on Hötorget in Stockholm. The idea with the hotel is to create an international vibrant venue inspired by the 1920’s style ideals combined with today’s cosmopolitan big city life. Focus was given the honour of helping Scandic with its exterior profile signage which, with modern technology and selected materials, will highlight the hotel’s authentic character. 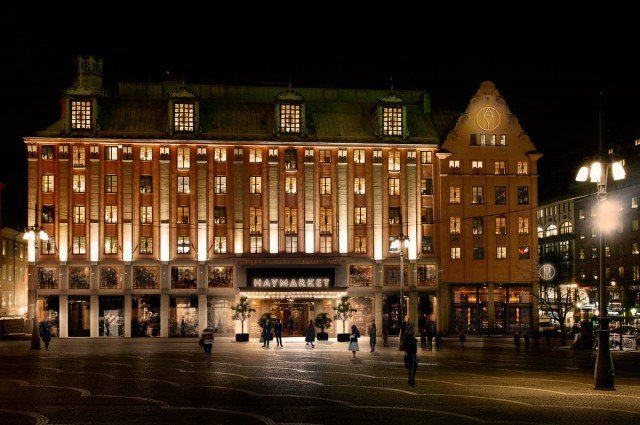 The PUB department store’s founder, Paul U. Bergström, started trading on Hötorget (‘Haymarket’) in the late 1880s, and for a while he owned basically all of the buildings surrounding the square. Haymarket is now moving into the building, which was built between 1915 and 1917, and which housed the department store until 1994. The building’s original furnishings are clearly characterised by art deco features, which were considered hyper-modern in the 1920s. The style is characterised by strong colours and bold geometric shapes, and in the concept art in the hotel’s lobby we can see some clear examples of this on stairs and stair rails and beautiful patterns.

A golden seal was placed at the top of the facade facing Hötorget, which is equipped with LEDs and shines beautifully in the evening with a corona effect on the façade.

The other seal is positioned just above street level at the corner of Hötorget and Kungsgatan. Denna skylt är flaggmonterad och försedd med LPFLEX technology which in its appearance is reminiscent of neon lights, but which is significantly more durable, and consumes up to 90% less electricity.

On the baldachin ceiling above the main entrance we have mounted a Haymarket sign with free-standing letters. The letters are made of metal with a gold foiled interior for a golden effect, and in the evening and at night the outline of the letters light up with a warm white LPFlex loop. 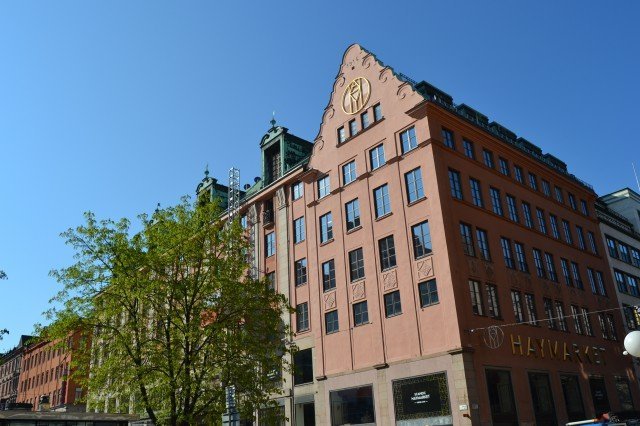 Haymarket’s profiling along Kungsgatan consists mainly of unlit stand-alone letters, which are made of brass and bent with a bevel to achieve an additional dimension to the sign.

Focus has also supplied the sign for Paul’s restaurant, which is moving into the ground floor property on the corner of Hötorget and Kungsgatan. The sign for Paul’s is also gold-foiled and equipped with LPFlex technology. 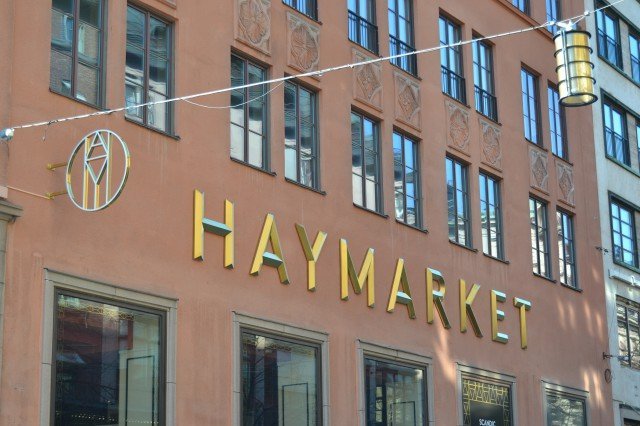 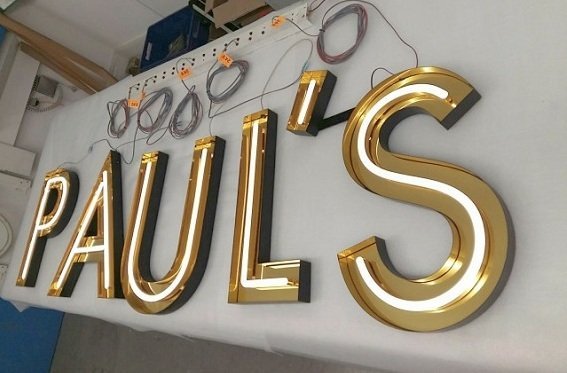 We are, of course, proud of and grateful for this commission and we believe the signs clearly accentuate the hotel’s character. If you need the help of Sweden’s foremost sign designers to find the right feeling for your brand, you are welcome to contact us.. If you want to experience the hotel, we suggest that you book a room on Scandic’s website..